Top Hong Kong model Eunis Chan has released her latest photo album – yān – which reveals her more enchanting side, against the stunning backdrop of exotic Eastern Europe in Prague. Eunis exudes a sense of courage, confidence and joy in this series of gorgeous photos. We are thrilled to announce that Eunis will donate part of the proceeds from her album sales to Cancer Fund’s Pink Revolution, to help those touched by breast cancer. Photo album is sold at HK$280, click here for order detail. 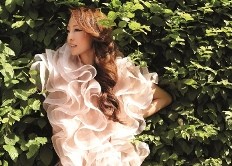 *Only accept order in Hong Kong

An extra of 16 precious photos will be exhibited at following dates and venues: