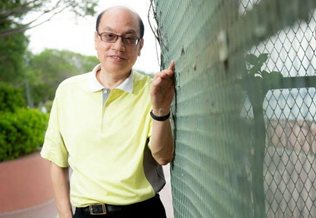 Prostate cancer survivor Joseph Lam. He talks to other men about his experience battling the disease and tells them regular check-ups are essential. Photo: Hong Kong Cancer Fund

The test he had – a PSA test – measures levels of a protein, prostate-specific antigen. A high score denotes a high chance of cancer.
Lam, a former banker, returned to Hong Kong 12 years ago to spend his retirement in the city. In 2011, he started to feel off key, and experienced more frequent urination. A doctor in Hong Kong suspected this was due to Lam’s age, 64 at the time. He did a PSA test anyway, and it fell within the normal range, but physical examination of the prostate gland gave the doctor, and Lam, cause for concern.
“The doctor found my prostate a little bit hard and suspected cancer,” Lam recalls. A biopsy confirmed he did indeed have prostate cancer, the third most common cancer to afflict men in Hong Kong.
“I was lucky it was the early stage. That’s why I tell people: men who are over 50 or 65, you should check your PSA more frequently,” says Lam, now 72. If detected early, there is a high chance of recovery. He urges men not to brush off symptoms such as frequent urination as an age-related issue. “It could be a sign of prostate cancer.”
Lam is grateful to have received the warning signal he did, given that someone with the disease often has no symptoms in its early stages. According to the Global Cancer Observatory, prostate cancer is the second most frequently diagnosed cancer in men, and the fifth leading cause of death worldwide. Nearly 1.3 million new cases were reported worldwide in 2018, and nearly 360,000 deaths from prostate cancer (3.8 per cent of all cancer deaths in men). 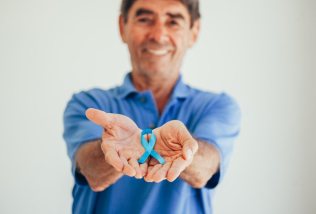 The Hong Kong Cancer Registry in 2017 recorded a surge in prostate cancer diagnoses, to 2,240 cases, up 17.2 per cent over the 1,912 recorded the previous year, and up 85.5 per cent on the 1,205 cases in 2007. According to urologist Dr Ho Lap-yin, of the Asia Clinic in Tsim Sha Tsui, one reason for the increase may be due to increasing awareness of prostate cancer, which has prompted more men to get checked.
“We don’t know if it’s a real prostate cancer rising trend or actually an early diagnoses trend, but we strongly encourage early diagnosis, as the earlier you get it treated, the higher the chances of being cured,” Ho says.
A global awareness and fundraising campaign that aims to get people talking about men’s health issues – especially prostate cancer – draws to a close at the end of the month. The annual Movember movement, which began in Australia in 2003, encourages men to grow a moustache through the month of November to raise funds. Last year, around 700 “Mo Bros” and “Mo Sistas” in Hong Kong raised HK$1.45 million (US$185,220). Since 2012, Movember Hong Kong has generated HK$18 million. 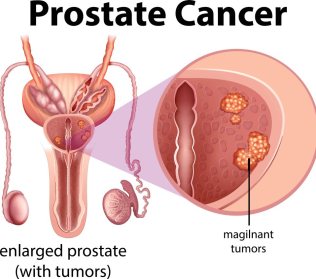 Lam praises Movember for prompting more people to talk about prostate cancer. Men tend to be reluctant to discuss their experiences, he says. “If you are shy … you will suffer by yourself, but people can help you if you talk about it.”

It was by talking about his personal health concerns in 2011 that he was able to beat the disease. Lam’s doctor gave him the option of waiting and checking the condition of his prostate every few months to see if it was growing faster, or having the walnut-sized gland removed.

He turned to HKCF for information. He joined its peer support group, in which prostate cancer survivors shared their treatment experiences with newly diagnosed patients.

“No one can make this decision for you, but their experiences and support and the nurses and social workers at HKCF provided me with much information,” Lam says.

In 2012, Lam underwent surgery to remove the gland. “Eight years of follow-ups later, my PSA is still low at 0.02,” he says. A level of 4.0 is considered suspicious. 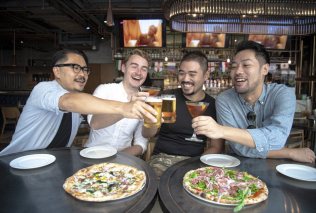 Movember supporters (from left) Anthony Po, Anthony Stott, Jacky Wong and Jared Lai at Ciao Chow in Lan Kwai Fong, one of the many bars and restaurants supporting Movember in Hong Kong.

He became chairman of the Walnut Club, a peer support group set up in 2013 at HKCF for prostate cancer patients and survivors that meets at its support centre in the North Point neighbourhood of Hong Kong Island. It provides emotional and psychological support, nutritional and health advice, and activities including exercises to reduce the effects of prostate cancer surgery and other treatments.

Ho says the disease does not have the same grim mortality rate of other cancers. “If detected at an early stage and treated, there is an 80 to 90 per cent chance of being 10 years free of it reoccurring,” he says.

To ensure early detection, be vigilant for symptoms such as a weak urine stream; having to urinate two or three times (or more) in the night; having the urge to urinate but finding it difficult; and needing to wait some time to urinate despite having the urge. These are key symptoms, Ho says.

“Late-stage patients also tend to complain of bone pain, which means the cancer has spread to bones, usually causing back or pelvic pains,” he adds.

American Cancer Society guidelines recommend that men aged 50 or over should get a PSA test. High-risk groups, such as men with a family history of prostate cancer, should get this test earlier, at 45. 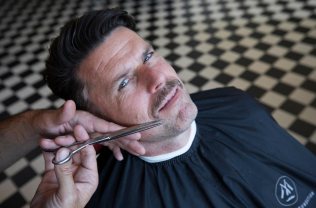 Those who are older are at higher risk, as are men with a family history of this illness. “There is no particular lifestyle or diet that can actually prevent prostate cancer,” Ho says.

Don’t despair if you are among those diagnosed with the illness – you are not alone, Lam says. He benefited from family and peer group support to weather the difficulties and guide his decision-making.

Advanced treatments mean patients may be able to kick the disease and its symptoms for good. Sophisticated robot-assisted surgical systems make prostate gland removal easier with fewer complications, such as urine leakage, a side effect that occurs in only five per cent of patients after this operation, Ho says. The side effects from advanced radiotherapy are also minimal.

Patients with late-stage cancer have other options, including targeted drugs, hormone medications and chemotherapy.

Ho echoes Lam: get your prostate checked to detect this disease early.

“Don’t take prostate symptoms lightly because they might seem common,” the doctor says. “You may miss the early chance to get it treated.” 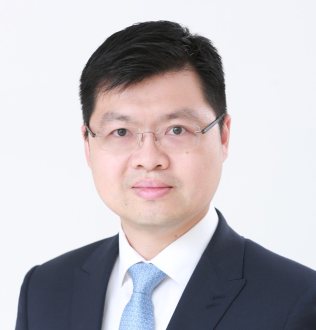 To donate to Hong Kong Cancer Fund’s free prostate cancer services, call 3667 6333 or visit www.cancer-fund.org/en/donate-today
To make a donation to a person or team taking part in the Movember campaign, visit hk.movember.com/donate 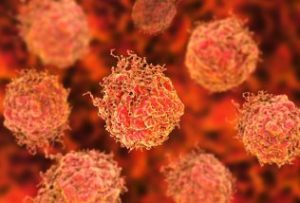