Colorectal cancer on the rise

It was just before Christmas last year when Patricia Chan had what she thought was the flu and took to bed for four days. Chan was relieved when she felt better and returned to work: she was too busy to be ill. 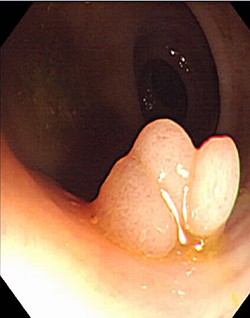 Then she got a stomach ache.

“It was in my upper abdomen and was really intense. It didn’t feel like indigestion or food poisoning,” says the 39-year-old architect. Her doctor prescribed medication and the pain subsided but didn’t go away, so an ultrasound scan was scheduled. Chan wasn’t concerned. She thought it was a routine procedure that would reveal she had gallstones or possible diverticulitis (a digestive disease). When the radiologist told her she could see a tumour, Chan, though shocked, didn’t consider the possibility of cancer. The reason for her complacency she says, is that there’s no history of cancer in her family, her parents are in good health and her grandparents lived to a ripe old age – one is still alive at 99. However, she believes her lifestyle, which “wasn’t good” at that stage, may have been a contributory factor. “I was always stressed and worked under a lot of pressure. But most importantly, I didn’t give much thought to what I was putting into my body. I used to smoke a lot and I didn’t really eat properly or do any exercise.” Colorectal cancer is a disease of the large bowel (also known as the colon and rectum) and it is the second most common cancer in Hong Kong, affecting almost as many people as lung cancer. Professor Yuen Siu-tsan of the Department of Pathology at the University of Hong Kong says the incidence of colorectal cancer has “increased dramatically” during the past 20 years in the city, averaging a three per cent rise each year, and is now the second greatest cause of cancer deaths. Says Yuen: “Genetic and environmental factors play a role in causing or predisposing one to colorectal cancer. Studies have shown a relationship to food. In general, a diet that is rich in red meat, fat, processed food, and low in vegetables and fibre is associated with an increased risk. Drinking alcohol, smoking, obesity and lack of exercise are also associated with colorectal cancer.” People with a family history of cancer may have an increased risk of developing it, and those who have a rare condition known as familial multiple polyposis, in which benign tumours called polyps are found in the lining of the colon, are also at risk. So too are people with a long history of ulcerative colitis (a disease of the lining of the bowel). Yuen says one other factor is increased age. But those with a strong family history of colorectal and related cancers are usually afflicted with the condition in their 30s or 40s, which has a strong impact on the family psychologically, socially and financially, as most of them are family breadwinners. Symptoms can include blood in the stools, stomach ache, loss of appetite, anaemia or diarrhoea. But there are often no symptoms in the early stages. The recovery rate depends on the stage of the disease at diagnosis, says Yuen. It ranges from a cure rate of 90 per cent for stage I to just 10 per cent for stage IV. “More than 50 per cent of colorectal cancer patients are already in stage III or IV when diagnosed. Thus, overall, half of the patients in Hong Kong die of the disease. We know that colorectal cancer develops through stages, starting as small polyps, which grow to become big polyps and then transform into invasive cancers. This development takes more than 10 years and provides us with windows to prevent the cancer,” says Yuen. Clearly, this makes early diagnosis crucial. The faecal occult blood test is one of the most common means of colorectal cancer screening, and people aged over 50 are advised to do it bi-annually. For Chan, the next step was a blood test and CT scan followed by colonoscopy, which confirmed she had stage IV colon cancer that had spread to her liver. In January she had an operation to remove the tumour followed by a course of chemotherapy which she has half completed. Chan’s reaction was to arm herself with information and talk to fellow sufferers. “The Hong Kong Cancer Fund was so supportive – they put me in touch with another patient and it has been very helpful to talk to her.” She stopped smoking five months ago because she “felt disgusted” with herself. “Something like this makes you reevaluate your lifestyle and I thought ‘why am I being so stupid – I want to prolong my life as much as I can’.” Chan befriended Kathy Thomas, 48, a school teacher from Canada who completed her chemotherapy last month. Thomas was diagnosed with stage III colon cancer last September after having diarrhoea for three weeks. She had no other symptoms except fatigue when she went to the gym, which she attributed to ageing. Her family history includes a father who had oesophageal cancer and a grandfather who suffered from stomach cancer. She is also overweight, which she feels could be a contributing factor. Thomas says there were “lots of issues” she couldn’t discuss with people because she didn’t want to be a burden, so she was grateful for the Hong Kong Cancer Fund which put her in touch with Chan. She says a website and forum called the Colon Club (thecolonclub.com) was an excellent resource and much-needed source of comfort. “People are open about breast cancer but not colon cancer which is more common and more and more younger people are getting it,” says Thomas. “I think it’s important and helpful to talk about it because people often assume it’s something that only old people get.”